Affiliate Disclosure: This Old House‘s Reviews Team is committed to delivering honest, objective, and independent reviews on home products and services. To support this business model, This Old House may be compensated if you purchase through links on our website.

SimpliSafe and Nest are alarm systems used by millions of homeowners in the U.S. Find out which one is right for you by reading our SimpliSafe vs. Nest comparison.
Reviews by This Old House Reviews Team 07/29/2022 12:00 am

SimpliSafe and Nest are two popular home security systems used by U.S. homeowners. In this SimpliSafe vs. Nest breakdown, the This Old House Reviews Team examines the monitoring plans, security equipment, and pricing for these alarm systems in order to help you decide which offers the best home security for your home. 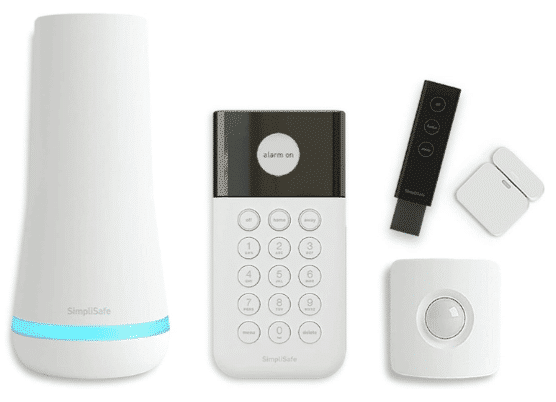 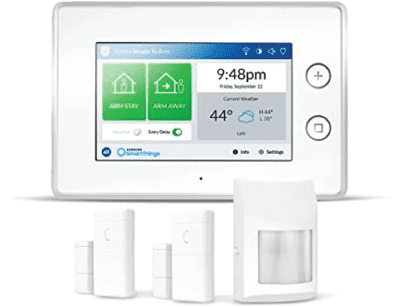 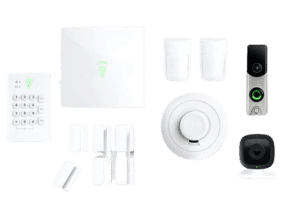 SimpliSafe is less expensive, has a longer trial period, and is fully compatible with Amazon Alexa. However, Nest security products can be remotely controlled without purchasing a professional monitoring plan, and it integrates more naturally with Google Assistant.

Founded in 2006, SimpliSafe was the first home security company to offer professional monitoring plans with no long-term contracts. SimpliSafe now protects over three million people in the U.S. In 2019, SimpliSafe started selling its security devices in the United Kingdom.

Released in 2017 by Google, Nest is a home security system compatible with a wide range of Google Home and Google Assistant features. Nest’s Yale keypad and door/window sensors are unique in that they are also able to detect motion.

What Do SimpliSafe and Nest Have in Common?

SimpliSafe and Nest are fairly similar in their target market. Here are the most significant commonalities:

How Are SimpliSafe and Nest Different?

Here are a few points of contrast between the two home security systems:

SimpliSafe offers five different packages that include basic home security equipment: The Foundation, The Essentials, The Hearth, The Knox, and The Haven. Most of the company’s hardware can also be purchased on an a la carte basis:

Unlike SimpliSafe, Google does not offer pre-built packages with Nest. Instead, it offers the Nest security and safety products. Homeowners can customize their system as needed with additional smart devices and cameras.

There are two elements of SimpliSafe’s cost: The cost of professional monitoring services and the cost of the company’s equipment. Here are the details you need to know:

SimpliSafe offers a 20% discount on its equipment for homeowners who have signed up for professional monitoring, as seen in the table below.

Your overall cost with Nest will vary according to which products you buy. One package deal offered by Nest is the Nest Front Door package. This packages provides the Nest Hello video doorbell and the Nest Hub. This package costs $288.99 upfront or $12.04 across 24 months. is fairly expensive, costing more than all of SimpliSafe’s discounted packages. Professional monitoring is performed by Brinks Home Security and costs $29.99 per month.

Note: The professional monitoring cost can be reduced to $19.99 per month for homeowners who choose to purchase a three-year contract.

SimpliSafe vs. Nest: How Does It Work?

How Does SimpliSafe Work?

SimpliSafe installation only takes a few minutes and does not require tools. Homeowners simply place the wireless sensors around their home or apartment and plug in their Base Station. When the sensors are triggered, they will sound a siren and will contact SimpliSafe’s monitoring center for those who purchased professional monitoring.

How Does Nest Work?

Like SimpliSafe, Nest is easy to install. Simply plug in the Nest hub and set it up using the mobile application. If you’ve chosen to self-monitor your system, your mobile device will be contacted with any alerts. Professionally monitored homes have their alarms sent to the Brinks Homes Security dispatch center.

We recommend SimpliSafe for homeowners who use an Amazon Alexa or are looking for a good bargain on a security system. Homeowners who are already planning on self-monitoring or use Google Assistant are better suited for Nest.

If you’re not sure whether SimpliSafe or Nest is right for you, compare them to other top-rated security providers like Abode, ADT, and Vivint.

The This Old House Reviews Team backs up our home security recommendations with a detailed rating methodology that we use to objectively score each provider. Our research includes analyzing product specifications, reviewing service and plan information, speaking with customer service representatives, and analyzing customer reviews. We then score the provider against our review standards for system options, special features, installation options, connectivity and smart-home automation features, pricing, contract terms, warranty, usability, availability of a trial period, and trustworthiness to arrive at a final score out of 100.

To share feedback or ask a question about this article, send a note to our Reviews Team at reviews@thisoldhousereviews.com.